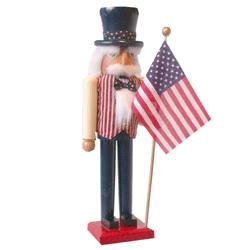 Following today’s House vote to end all federal funding for ACORN, and the passage of of an amendment stripping funding for the organization from the THUD appropriations bill earlier this week, Americans for Tax Reform has decided to bestow upon the three Members of Congress leading the charge the "Nutcracker Award."

“Finally, it looks like the nut has been cracked. For too long, ACORN – a corrupt and fraudulent organization – has been feeding at the federal trough. It is about time that the federal government, and the same goes for state and local governments, too, sever its ties with this organization. Taxpayers should not be on the hook to fund wasteful spending in general, but they most certainly should not be on the hook to pay for proven criminal behavior. These three Members of Congress deserve credit for taking the first step towards closing the federal money spigot for ACORN.”