Will they do it again?

With the recent revelation that “thousands” of citizens had their private IRS tax information stolen and given to a progressive organization, the agency confirmed federal investigations are underway. But will the agency stonewall again and allow evidence to be destroyed?

Last time there was an IRS scandal, the agency assured congress and the public that it was cooperating. In reality the IRS was stonewalling and destroying evidence related to the agency’s targeting of conservative groups: In an over three-year period under the direction of Lois Lerner, only ONE conservative group was granted non-profit status.

In just one of the several instances of email destruction, backup tapes containing as many as 24,000 Lerner emails were destroyed by an IRS entity officially known as the “Media Management Midnight Unit” located in Martinsburg, West Virginia, per documentation released in July 2015 by the House Oversight Committee.

In all, 422 backup tapes holding the emails were magnetically “degaussed” despite an agency-wide preservation order and congressional subpoena. Degaussing is a process whereby powerful magnets are used to erase data on a storage tape.

The preservation order came from IRS Chief Technology Officer Terence Millholland in response to Congressional subpoenas over Lois Lerner’s emails. However, the agency completely failed to ensure the order was followed or understood. According to the House Oversight report:

The backup tapes were sent to Martinsburg starting in May 2011, when the IRS took its backup system located in New Carrollton, Maryland and migrated it to the facility in West Virginia.

As the Oversight Committee report notes, IRS management failed to take simple steps to ensure backup tapes were not destroyed:

“Had IRS managers taken simple steps to ensure compliance with the order, the tapes likely would not have been destroyed.”

Interestingly, the tapes were destroyed a month after top IRS officials learned there were gaps in the Lerner email production.

In addition, Commissioner John Koskinen withheld both the preservation order and destruction of tapes from Congress:

“Koskinen withheld from Congress that a notice instructing preservation of backup tapes had been in place for over a year and that the IRS had deleted backup tapes containing as many as 24,000 emails during that time.”

As a result of the inability – or unwillingness — of multiple IRS employees to follow the preservation order, as many as 24,000 emails are lost forever. As the House Oversight Committee notes:

“No one will ever know what was contained in those emails.”

Below is a 10-minute summary video outlining the IRS stonewalling of Congressional investigations into the Lois Lerner targeting scandal. 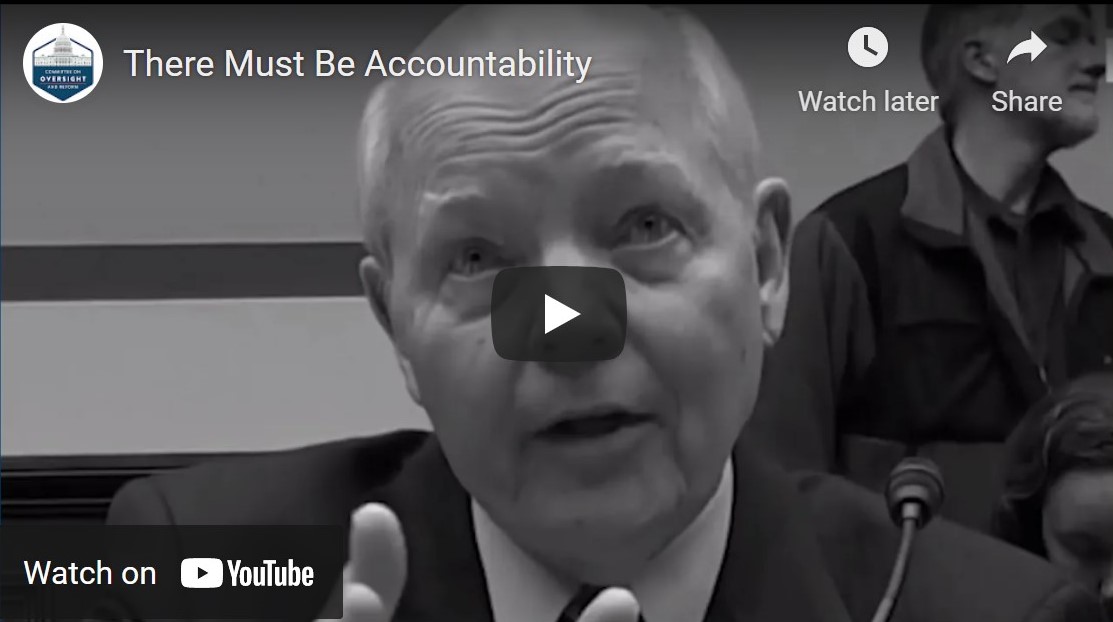