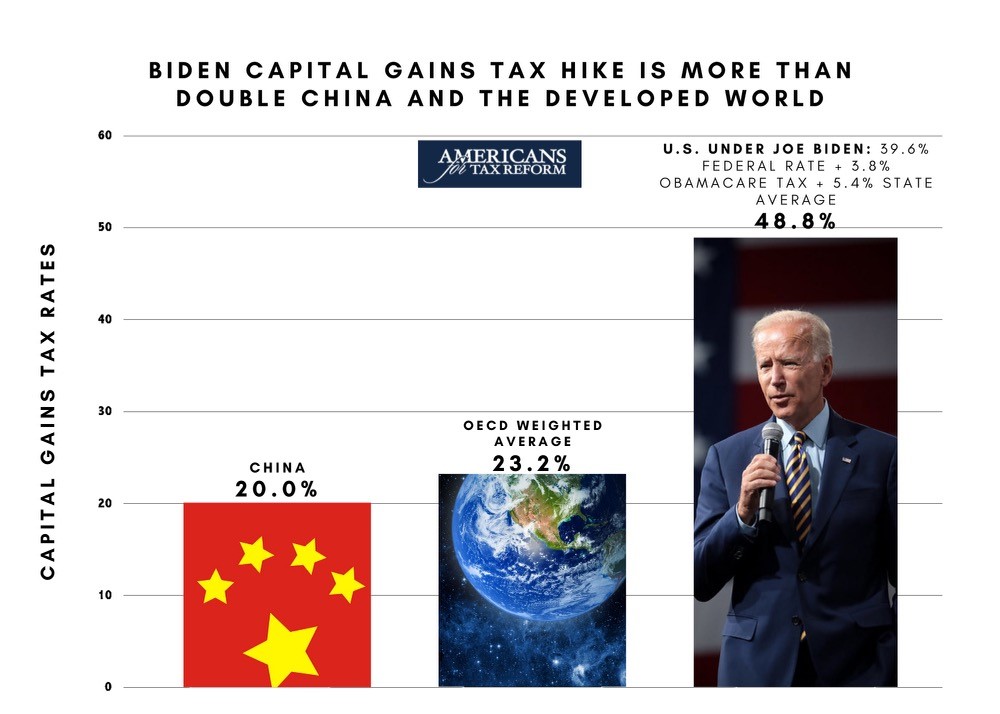 Biden’s tax hikes could even reduce federal revenues in the short term. Because the tax only applies when a taxpayer sells the asset, a high capital gains rate discourages individuals from selling in order to delay having to pay the tax.  Historically, when the capital gains tax was cut, revenue increased. When the capital gains tax is low, investment increases, stock prices increase, and revenue goes up. The inverse is of course true.

“Now, if you are returning the top income rate to Clinton-era levels, as I have proposed, I do think it is too much to treat capital gains the same as ordinary income,” Mr. Schumer said. “We don’t need a 39.6% rate on capital gains.”